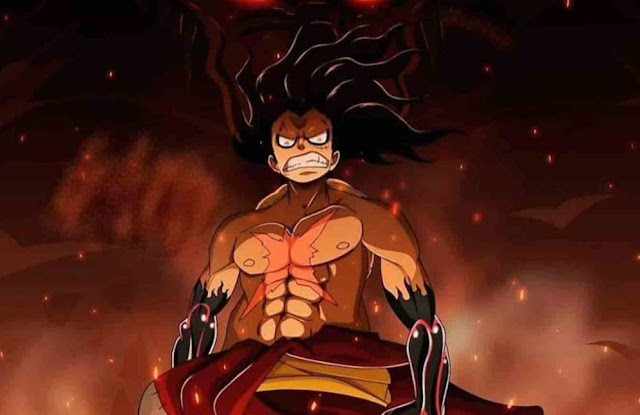 The big battle between Kaido and Big Mom against the Luffy pirate alliance, is the biggest battle in the history of the One Piece series to date.

That’s at least what Eiichiro Oda said about the Wanokuni arc at the end of 2019 yesterday.

Naturally, if this battle will be a more epic battle compared to the Marineford war, because of the number of troops was far different.

In the Marineford battle, the scale might not be as massive as Onigashima.

The number of navies at that time was indeed probably more than the entire Whitebeard fleet.

Let’s compare the numbers fighting in Marineford and Onigashima, the numbers are very much different.

There are about 30,000 Kaido troops alone. That number is certainly not a small number.

The situation is further complicated when Luffy only has an army of around 5,000 troops, plus Red Scabbads, Kidd, Law, Luffy and the Straw Hats. In total they did not reach 10,000 troops.

Comparison of the number of troops is what makes many fans then speculate that there will be a large force that will join in helping Luffy. 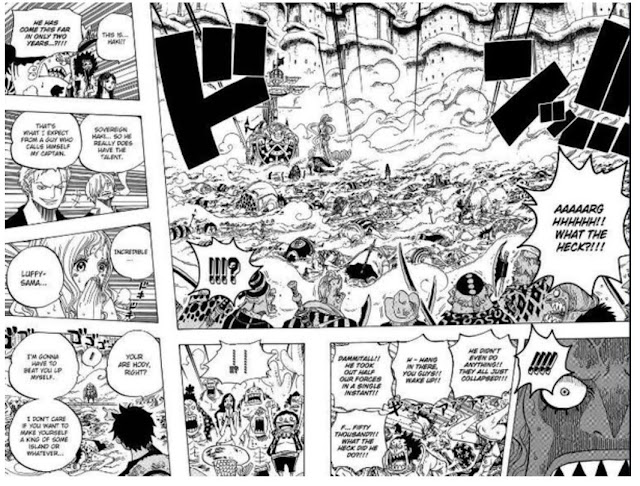 Shanks, Marco, Garp, and even Dragon are predicted to join Luffy in the battle.

They joined because they knew Luffy’s situation was out of balance when fighting against Kaido’s troops.

But, there is one interesting thing that might help Luffy win this fight without any help from anyone.

Luffy can rely on the power of Haoshoku Haki or the ruling Haki he has.

We have often seen how the strength of spirit from Luffy managed to make others faint.

An example is when he stopped the execution of Ace, making the Straw Hat crew imitators unconscious on Sabaody Island, and the most devastating was when Luffy managed to unconscious about 50,000 Hody Jones troops on the island of fishmen. 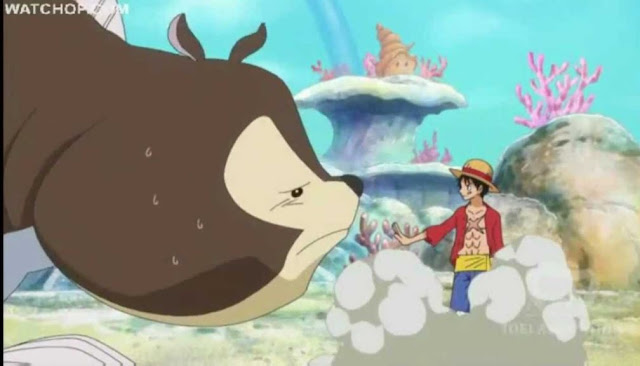 If you consider this interesting, that if Luffy could knock out 50,000 fishmen, then of course there would be no problem if Luffy knocked out a Kaido army of 30,000.

After all, Luffy had done it to Kaido’s men when they first fought. And Luffy made Kaido’s men unconscious when Luffy’s own condition was unconscious.

This means that the strength of Haoshoku Haki Luffy is very powerful, there has been an increase that is much more rapid than before.

But, it should be noted if 30,000 are included Flying Six and All Stars then they are the ones who can survive the attacks of Haki Luffy.

As Eiichiro Oda mentioned in SBS 65, only weak enemies can be affected by Haki’s strength.

Although this ability cannot make everyone unconscious, but at least Haki Luffy has made 70% – 80% of Kaido’s troops unconscious.

This means that the burden that Luffy must face is more or less reduced.

And most importantly, for this Luffy can do it alone without the help of others.

Let’s just wait, how is Haoshoku Haki’s ability to play a big role again in the battle against Kaido.