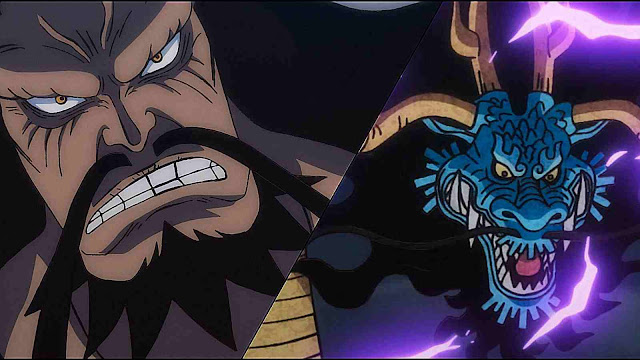 Luffy and his pirate alliance have now arrived at Onigashima.

they are divided into two teams that move in two directions.

The two teams were led by Kinemon and Denjiro, while the other Red Scabbards moved underwater to enter directly into the Kaido palace.

Luffy himself is now mixing with Kaido’s men who are partying.

However, at the end of chapter 979 yesterday we saw how Luffy was angry because of the red bean soup which was thrown away by Kaido’s men.

Considering Luffy is now on Onigashima, many might think that Luffy will face Kaido or Big Mom right away.

But, it seems like that won’t happen seeing a few arcs before.

Most likely Luffy will face Jack the Drought first, before then dealing with Kaido.

Based on what happened in the previous arc, Eiichiro Oda often showed Luffy fighting against the fourth most powerful crew in the organization, before then fighting the strongest.

Meanwhile, Zoro and Sanji will fight the most powerful crew number two and three separately.

This can be seen from several previous arcs such as Baroque Works, where before Luffy destroyed Crocodile, he managed to defeat Mr. 3

In the Ennies Lobby Arc, before Luffy defeated Rob Lucci and saved Robin from Spandam, he defeated Blueno.

This sequence or “habit” often occurs when the Straw Hats have to deal with a large organization or a strong pirate crew. 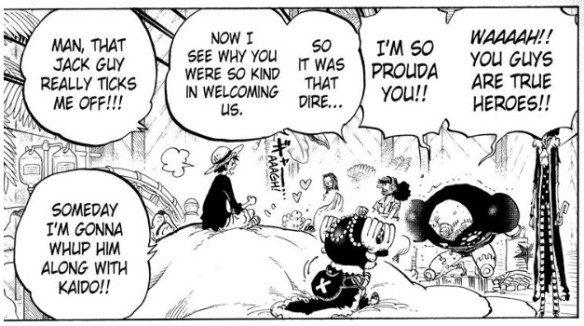 In addition, Luffy also once said that Jack really made him angry and he wanted to beat him with Kaido.

Luffy’s words to beat someone up are always proven beforehand.

For example, when fighting against Crocodile, Katakuri, Doflamingo, Rob Lucci, Moria, and others.

So, based on that conclusion, Jack the Drought will be the first heavy opponent that Luffy will face.

In addition, Luffy has now learned about the Advanced Armament Haki to face Kaido.

And by facing Jack, Luffy can “test” his new abilities before then facing Kaido.

Maybe Luffy will defeat Jack like Rayleigh who managed to defeat the elephant on the island where Luffy learned to use his Hakinya.

How was House Mormont’s Last Fate in Game of Thrones?

Who is Mother of Pearl in the SpongeBob SquarePants animation series?