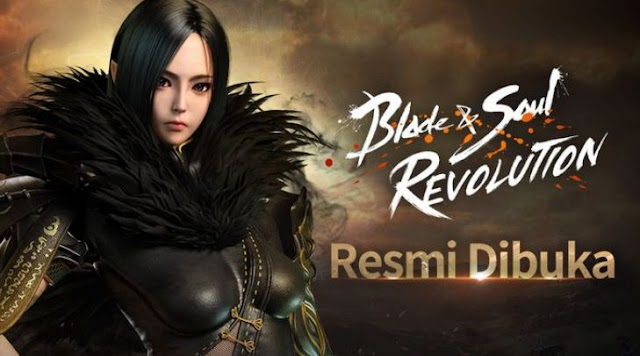 This oriental action MMORPG game was released in 24 countries in Asia and can now be downloaded via the App Store and Google Play Store.

Blade & Soul Revolution has previously been released in Korea & Japan and ranks number 1 on the Google Play download chart in both countries.

Fans and players can feel the high quality graphics from Unreal Engine 4 which show amazing action in this game.

This game still maintains the overall quality of 3D graphics and large-scale content the same as the PC version of its predecessor.

However, this game has been updated so that it can work well on mobile devices.

Not only does it offer high-quality 3D visuals, players can also enjoy large-scale Faction War content in real-time and cool martial arts action.

In addition, there is also Dungeon content full of strategies and active social features like a real community.

Uniquely, Blade & Soul Revolution gained high enthusiasm by successfully ranking first in the “Free App” category on the iOS Apple App Store in countries such as Hong Kong, Thailand and Indonesia, after 9 hours of pre-download available.

“We are very happy to finally be able to present an exciting game for players and fans of Blade & Soul Revolution, especially because this game won the Google Play Best Game 2019 in Korea. We are looking forward to how the Asian fans respond to this game, “said Ji-hoon Kang, Executive Producer of Netmarble.

In order to celebrate the release and achieve a total of more than 2 million pre-registrations, players who have participated in the pre-registration Blade & Soul Revolution will get a variety of prizes as follows:

In addition, players can also get exclusive Hajoon Random Box Medals when completing all missions.

Players who participate in the Clan Event will also receive an Uncommon Pet prize.

Meanwhile, the player who makes the first purchase will get a special costume as a prize.

For those of you who have already pre-registered, just download Blade & Soul Revolution and claim the prize now!

New Battlefield Game: When will it be Released?

4 Hero Mobile Legends that must be banned on rank match

Stories that can be presented in God of War 2

How to Play Genshin Impact with Friends, Looting is Even More Exciting!