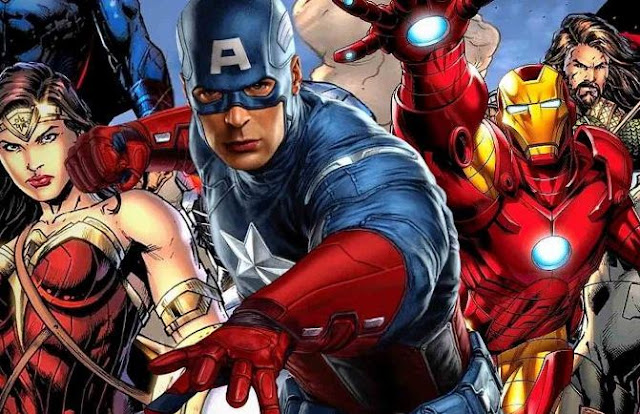 My Hero Academia is one of the most popular series today, along with Demon Slayer, Attack on Titan, and several other manga titles.

The success of the MHA cannot be separated from the slick story of Izuku Midoriya who tried to become a great hero, even though at first he did not have any super powers.

The neat and interesting story is inseparable from the role of the mangaka, namely Kohei Horikoshi.

What’s interesting is that if most of the Japanese mangaka is influenced by other Japanese mangaka, such as Akira Toriyama, Eiichiro Oda, or Fujiko F. Fujio, Horikoshi actually gets influence from various western comic stories, in this case DC and Marvel.

This indeed Horikoshi once conveyed directly, but the mangaka once “explicitly” presented various Marvel and DC characters in the My Hero Academia story which became strong evidence of what he had said.

This can be seen in the first volume of the series. It was explained that around 80% of the world’s population (in the MHA universe) had super abilities within themselves. 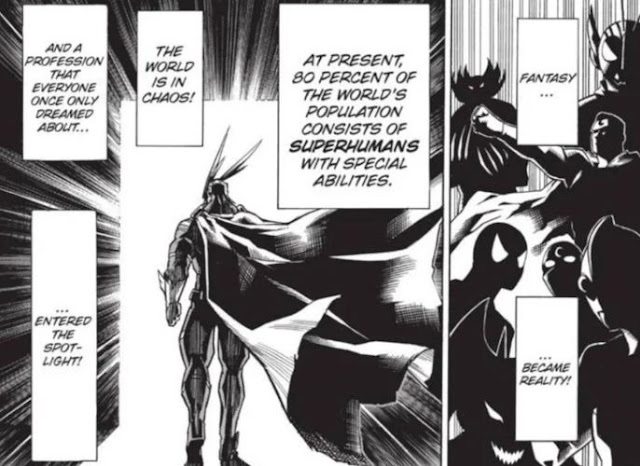 The series then shows a panel containing silhouettes of characters who may be familiar to us such as Spider-Man, Wolverine, Superman, and the figure that is thought to be the Moon Knight or Doctor Mid-Nite.

Although Horikoshi’s biggest influence is comics from the west, the MHA series is also inspired by various iconic Japanese characters such as Ultraman, Kamen Rider, and Devilman.

What Horikoshi showed on the panel in the My Hero Academia series – presenting the silhouettes of various western comic characters – felt very extraordinary.

Because, you could say it’s very rare that Japanese manga explicitly presents characters from western comics.

It also seems to indicate that the iconic characters of DC and Marvel do exist in the universe My Hero Academia – even though they are only “fictional” characters.

Although maybe the chance to crossover is very small, this might be the closest picture if someday My Hero Academia does have the opportunity to collaborate or crossover with DC or Marvel.

It might look amazing to see All Might side by side with Superman, then Deku meets Peter Parker and works together with Doctor Doom and Shigaraki.

For a while the fans could only wish that the opportunity to collaborate arrived.