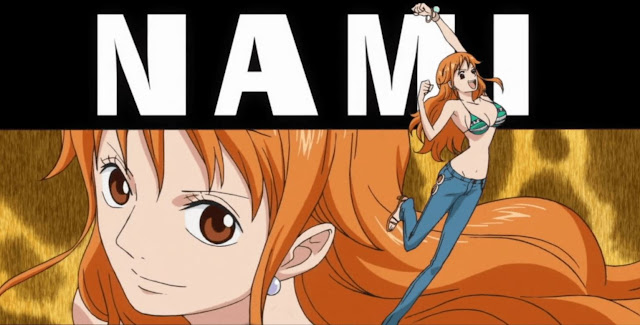 Nami is one of the Straw Hats crew who has no devil fruit powers or Haki abilities (at least for now).

In terms of fighting, Nami isn’t too tough either, even though she’s better now than before.

Evidently he was able to withstand the wave of attacks by Big Mom’s men.

Even so, Nami remains one of the weakest crew with Usopp and Chopper.

With enemies who are getting tougher to deal with, will Nami still be like she is now?

That is why a theory emerged that explained that Nami would later become the owner of Big Mom’s next devil fruit, Soru Soru no Mi.

Why does Nami Need the Power of Devil Fruits? 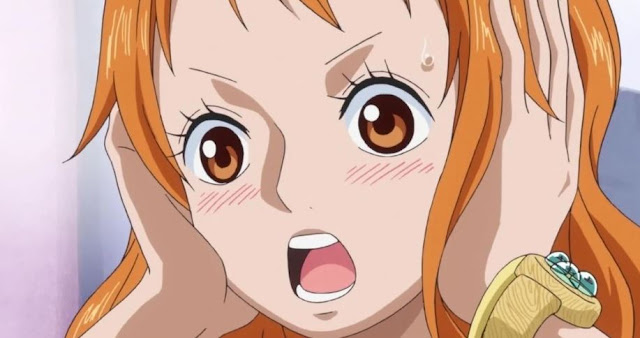 As explained above, Nami is one of the weakest crew members. Nami can indeed provide resistance, if the enemy is weak or equal to the rear admiral.

In essence, to fight a formidable enemy Nami’s abilities were deemed insufficient. Nami’s achievement so far has been that she defeated Khalifa and Miss Double Finger.

After a time-skip, Nami’s one-on-one ability increases even though so far Nami has never been shown to fight well, such as against Khalifa.

He once fought Brulee and Nami really fought hard to be able to defeat him. So, to be able to fight against Catarina Devon or Laffitte in the future, Nami must be able to improve his abilities.

How can Nami increase his strength? The first way is to learn Haki.

But, to learn Haki takes a long time unless Nami really has a talent from birth like Usopp.

Because for this storyline has been given to Usopp, Eichiiro Oda does not seem to be doing the same thing to Nami, except if there are timeskip itself for Nami to learn Haki.

The second way is with the help of devil fruit.

Nami could have eaten the devil fruit that has a connection with the weather such as Monet’s Yuki Yuki no Mi, or various other devil fruits of the Logia or Paramecia type that have to do with the wind or the weather.

But, it is likely that Oda Sensei would not give Nami such a storyline, because the devil fruit with the ability of the weather had not yet been fully introduced.

Soru Soru no Mi’s Big Mom can be a choice of devil fruit that Nami will choose to pass on to her. 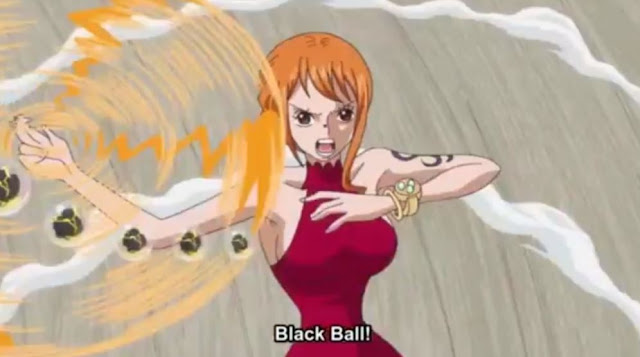 Big Mom being a strong character is not caused by the power of the devil fruit Soru Soru no Mi.

He once destroyed the village of the giants. And interestingly, he did it all without the help of the devil fruit.

At that time, he only relied on the strength and durability he had.

The only time when Big Mom could be hurt is when a photo of Mother Carmel is broken, and that makes Big Mom really angry.

But, if under normal circumstances Big Mom will be hard to beat, even with Gear 4 Luffy.

Big Mom can be strong without the ability of the devil fruit. Soru Soru no Mi only adds strength from Big Mom, making it a figure that can hardly be hurt.

The Soru Soru no Mi fruit is actually not an overpowered devil fruit, because there are still weak points open.

Just like Mero Mero no Mi who won’t be affected if the victims don’t have an interest in Hancock, Soru Soru no Mi is the same.

If the user cannot intimidate his enemy then he cannot take the soul of his victim.

This is what explains why Big Mom can’t take Jinbei’s soul.

Nami is sometimes scary, but in the end when fighting it feels the enemy will not feel intimidated by Nami’s presence.

So, Soru Soru’s devil fruit did make Nami strong but did not make Nami overpowered.

Any Clues About Nami Will Use Soru Soru? 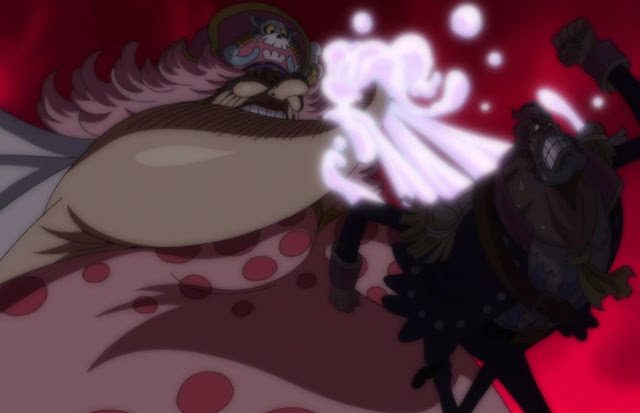 So far there is no clear indication that Nami will inherit the devil fruit, but Oda has given vague hints about Nami which will make the Soru Soru devil fruit one of her sources of strength.

Homies were ordered by Nami to attack Cracker and Brulee.

Indeed, it happened due to Nami using Big Mom’s Vivre Card but this could be a clue that Nami will have her own Homies in the future.

So far, only Big Mom is the strongest character who can control the weather.

This means that Nami can become stronger when she can use the weather manipulation capabilities of Big Mom.

If in the end Zeus returned to Big Mom’s hands, then the whole story that had been built would be in vain.

That’s why Zeus will remain in Nami’s hands from now on.

The only way to keep Nami safe from the threat of Big Mom is when she loses or dies.

If Big Mom is still alive, of course he will continue to pursue Nami and try to get back Zeus.

How Strong is Nami After Getting the Soru Soru Fruit? 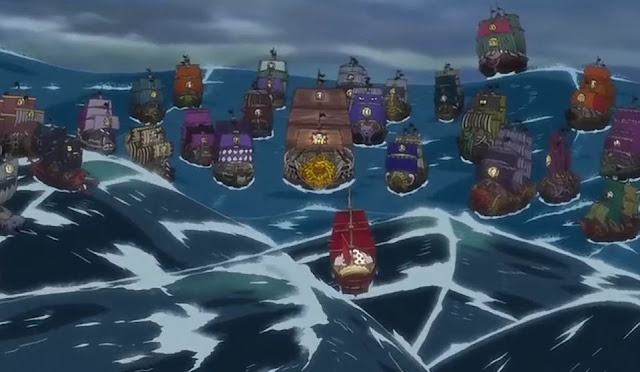 The advantage of the Soru Soru devil fruit ability is when the Straw Hats wage war at sea.

Nami’s ability can turn things around.

You certainly remember when Shiki fought Roger, where Shiki’s army was defeated by Roger’s only one ship due to weather factors.

So, the weather can be a good friend for Luffy and the Straw Hats crew.

Reached 100 years! This is the longest battled in the One Piece anime

One Piece: The Battle of All Stars vs Flying Six

6 Korean Dramas About the Story of Returning to the Past