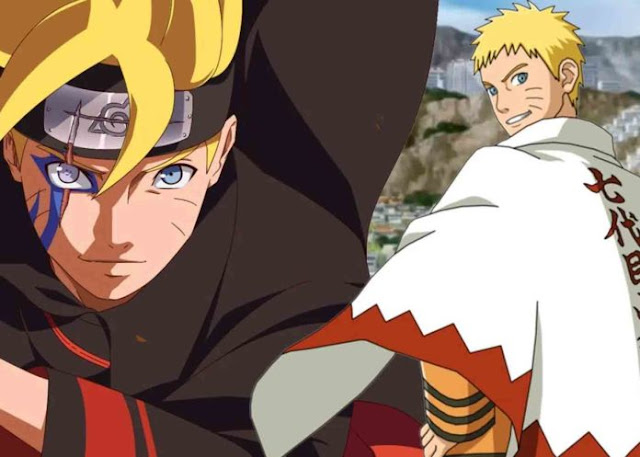 The battle against Isshiki Otsutsuki is in fact not an easy battle for Uzumaki Naruto, Uchiha Sasuke, and Uzumaki Boruto.

In fact, Naruto and Sasuke were unable to deliver any meaningful attacks towards Isshiki.

This is what makes fans speculate a lot about how to beat Isshiki.

Speculation that is widely circulating among fans is that one of Sasuke and Naruto will sacrifice himself.

Then, what will happen to Boruto if his father dies? 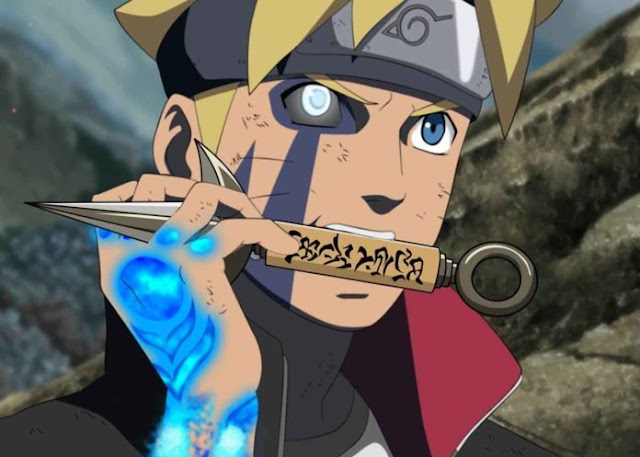 Like the characters in shonen manga, when someone they love or have the most influence in their life, dies, surely that character will get stronger.

If a villain is killed, the main protagonist will train hard to become stronger to take revenge on the villain who killed the person he loves.

However, if the death is due to the struggle they did, the protagonist will usually turn stronger as a form of proof.

Seeing Naruto who will sacrifice his life, Boruto will certainly try to avenge his father’s death by killing Isshiki.

But, that would be after he got strong.

As we know, Naruto has a very unique Doujutsu, which only he has, namely Jogan.

So far, not much information is known about Jogan.

We don’t know how Boruto got the doujutsu.

We also do not know what the abilities and the extent of Jogan’s strength are.

So far, Jogan has only been able to see enemy weaknesses, see chakra flow, and be able to make jumps between dimensions. Maybe, after Naruto’s death, Boruto will use Jogan to its full potential.

We will see how terrible Jogan really is. Moreover, so far Jogan is rarely shown to have an important role in a battle.

Actually, this scenario can be said to be quite crazy, but that doesn’t mean it’s impossible. We know that Sasuke has one of the most powerful and popular doujutsu, the Rinnegan.

With this ability, Sasuke can control life, control gravity, and can even control anything in this world.

In essence, he had the most abilities in the world.

here are two ways for someone to activate the Rinnegan, by fusing Hashirama’s cells with Otsutsuki’s chakra or by giving it directly.

Boruto may have some of Hashirama’s cells because Naruto has it, but Boruto doesn’t have Otsutsuki’s chakra.

So the only way is to give it directly to Boruto.

This can be one way to “repay” Naruto’s death from Sasuke. Combining Rinnegan and Jogan can make Boruto an invincible figure. 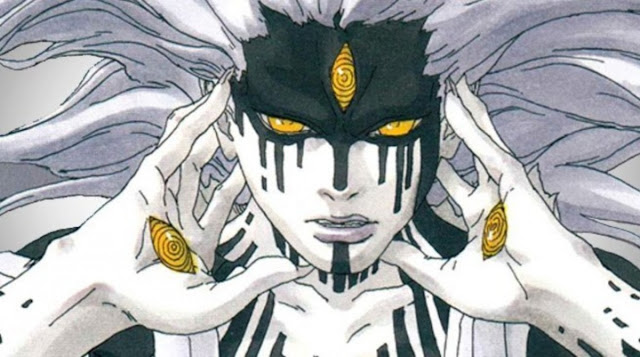 Like a Jinchuriki, in Naruto’s body there is a great power that comes from the figure of Momoshiki Otsutsuki.

However, the difference is that Boruto is not a Jinchuuriki but a shinobi who has a Karma seal.

Chapter 43 Reveals Boruto’s ‘Strange’ Power Source We do know that there is a rule that fellow Otsutsuki members, cannot kill each other.

But, on the other hand, they can consume other Otsutsuki who are destined to be sacrificed.

Seeing what Kaguya, Indra, and Asura were doing, which shows that fellow Otsutsuki clans could even fight each other, it is not impossible that Boruto will activate the Karma seal he has and then try to defeat Isshiki – even though he doesn’t kill him.

This is the same as when Boruto was controlled by Momoshiki against Boro.

The prediction at the beginning of the story will happen 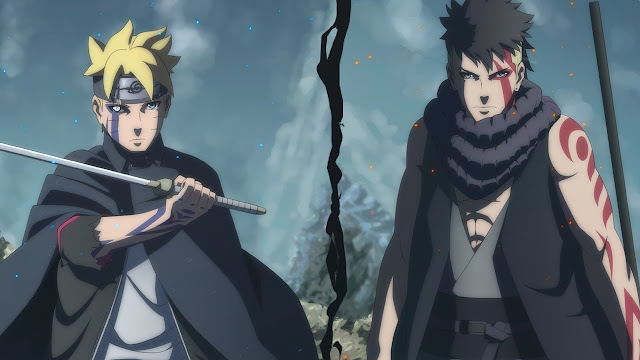 Behind all the options that might happen to Boruto, what might feel the most realistic is that Boruto can’t do anything about it.

By the time Boruto saw Naruto helpless, there was nothing Boruto and Sasuke could do apart from being sad and angry of course.

Seeing these conditions, Isshiki will take the opportunity to go to Konoha and look for Kawaki.

Shikamaru and all in Konoha, it seems that is not a formidable obstacle for Isshiki, and that’s why Isshiki then managed to get back Kawaki.

And what we saw at the beginning of the series, where Boruto and Kawaki fought each other, might end up happening.

6 Korean Dramas About the Story of Returning to the Past