There are a lot of terrible and powerful figures in the world of One Piece.

They are the navy, the Yonko, and of course the pirates. Some of these characters have the power of the evil fruit that they get.

Devil fruit gives them a powerful force that can help all their dreams.

The most important thing is that this devil fruit is able to cripple enemies easily.

While all One Piece characters only have one devil fruit ability, another case with the figure of the antagonist Marshall D. Teach or Blackbeard is able to get two devils fruit.

How dangerous is Blackbeard and Yami Yami’s devil fruit? 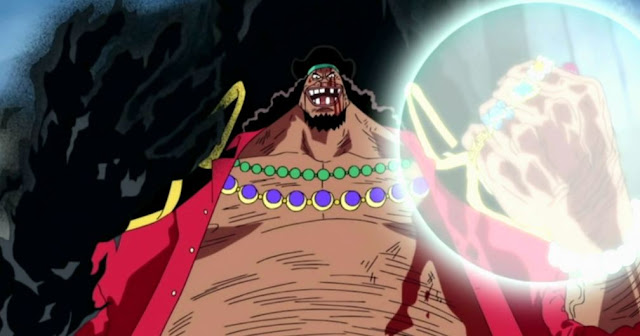 Blackbeard was an orphan who later joined the Whitebeard pirates when he was a child.

Teach wants to travel the world and look for one of the evil fruits he wants, Yami Yami no Mi or the fruit of darkness.

Teach finally found the devil fruit in the hands of Thatch, one of the leaders of the Whitebeard pirate division.

Without hesitation, Teach then killed Thatch and took the devil fruit for him to consulate.

After escaping from the Whitebeard pirate crew, he then formed his own pirate crew.

Interestingly, Teach never met with Luffy before and instead Luffy also gave enthusiasm to realize his dream.

However, he is then attacked by Ace who tries to take revenge for Thatch’s death.

The problem was even more complicated when Blackbeard said that he was also actually targeting Luffy’s life, because the value of his game was quite high.

Their fight must end, when Ace must finally be captured by the navy while Blackbeard manages to escape.

After Whitebeard died, he then took Whitebeard’s devil Gura Gura fruit and transferred it to his body.

How Strong is Blackbeard? 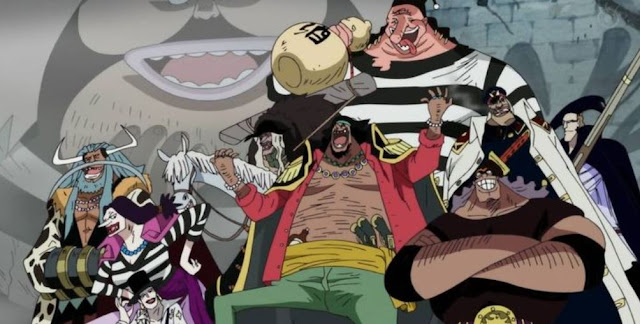 Blackbeard is a unique character in the One Piece series.

As mentioned at the outset, he is the only person known to be able and able to accept even two devil powers.

According to Marco, there was indeed something strange in Blackbeard that he could do things that should have killed ordinary people.

Then, what can the devil fruit of Yami Yami do?

Just like black holes or black holes in outer space, Yami Yami’s devil fruit is able to suck anything around it into the resulting darkness.

Attacks directed at him can easily be reversed or absorbed by this devil fruit.

This means that after the enemy loses the ability of the devil fruit, they must fight with their own strength.

Besides that, even though Yami Yami no Mi hasn’t confirmed the truth, it also seems like it can take the power of another devil fruit.

Proved when he transfers the power of the devil fruit of Gura Gura from Whitebeard’s body, he must be in a deep darkness.

That’s why he covered Whitebeard with a black cloth and Blackbeard was in it.

What about the devil fruit Gura Gura?

As practiced by Whitebeard, this devil fruit can produce very powerful vibrations.

In fact, if the Gura Gura devil cannot control it, the devil fruit can create a large tsunami or make the land on which they stand tilted or upside down.

Why is Blackbeard dangerous? 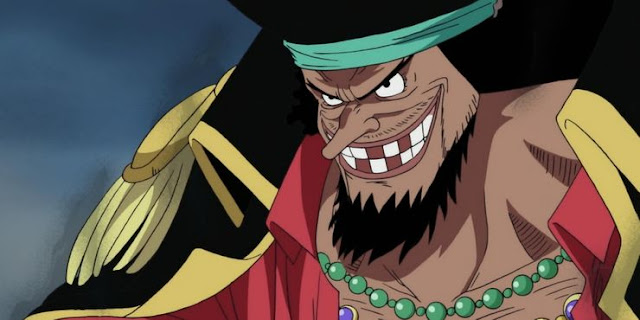 Blackbeard is the antagonist who will become a stumbling block for Luffy and the straw hat crew.

He is the enemy of Ace, Luffy’s adopted brother.

Blackbeard also had an important role in capturing Ace by the navy, which resulted in his death by Sakazuki.

This of course makes Luffy angry, especially after Luffy realized that Blackbeard was the person he cheered for at the beginning of his journey.

Blackbeard indeed did not seem to have good enough barehanded combat abilities, but with the two devil powers he possessed he could certainly be a dangerous figure.

Apart from Blackbeard, his men were no less dangerous.

Most of them are characters who have a history of serious crime, even some of them are prisoners of level 6 Impel Down.

With this power, Blackbeard is predicted to be the last enemy Luffy will fight. He is also predicted to fight Shanks because of their unfinished business.